The US Navy announced on Thursday that a sailor has been charged with igniting a fire that damaged a warship stationed off the coast of San Diego last year.

The USS Bonhomme Richard was the Navy’s worst non-combat warship fire in recent memory, burning for more than four days. The amphibious assault ship was severely damaged structurally, electrically, and mechanically, and it was demolished, costing the Navy billions of dollars. The sailor was a member of the crew at the time, according to Cmdr. Sean Robertson, a spokesperson for the US 3rd Fleet. No identity was given, and Robertson could not be reached for comment right away. 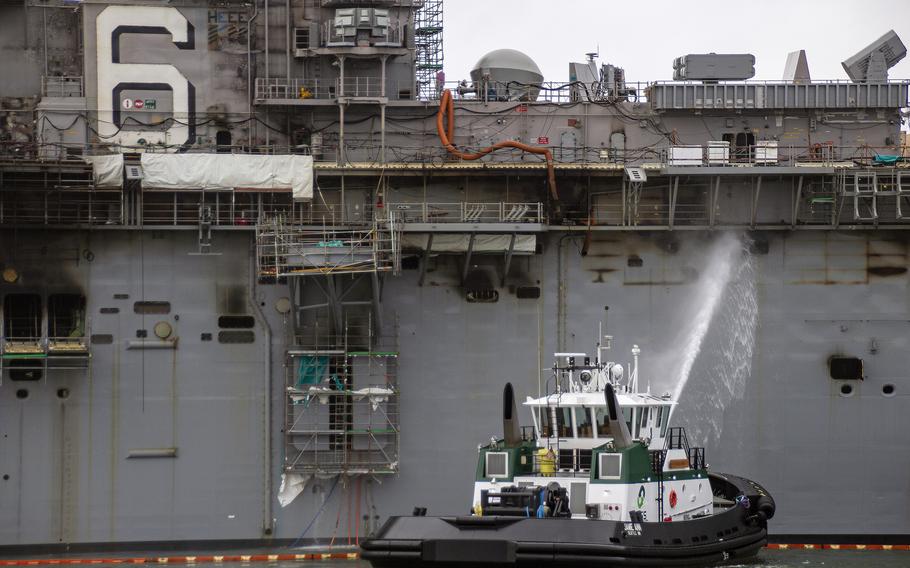 There were no additional specifics given, and it was unclear what proof had been discovered or what the motive was. The amphibious assault ships are one of the few ships in the US fleet capable of serving as a small aircraft carrier. When the fire broke out on July 12, 2020, the Bonhomme Richard was reaching the end of a two-year refit that cost $250 million. The flames sent up a tremendous cloud of dark smoke from the 840-foot (256-meter) warship, which had been parked at Naval Base San Diego while undergoing the upgrade, with about 160 sailors and commanders on board. The fire began in the ship’s lowest storage section, which was filled with cardboard boxes, rags, and other maintenance materials. 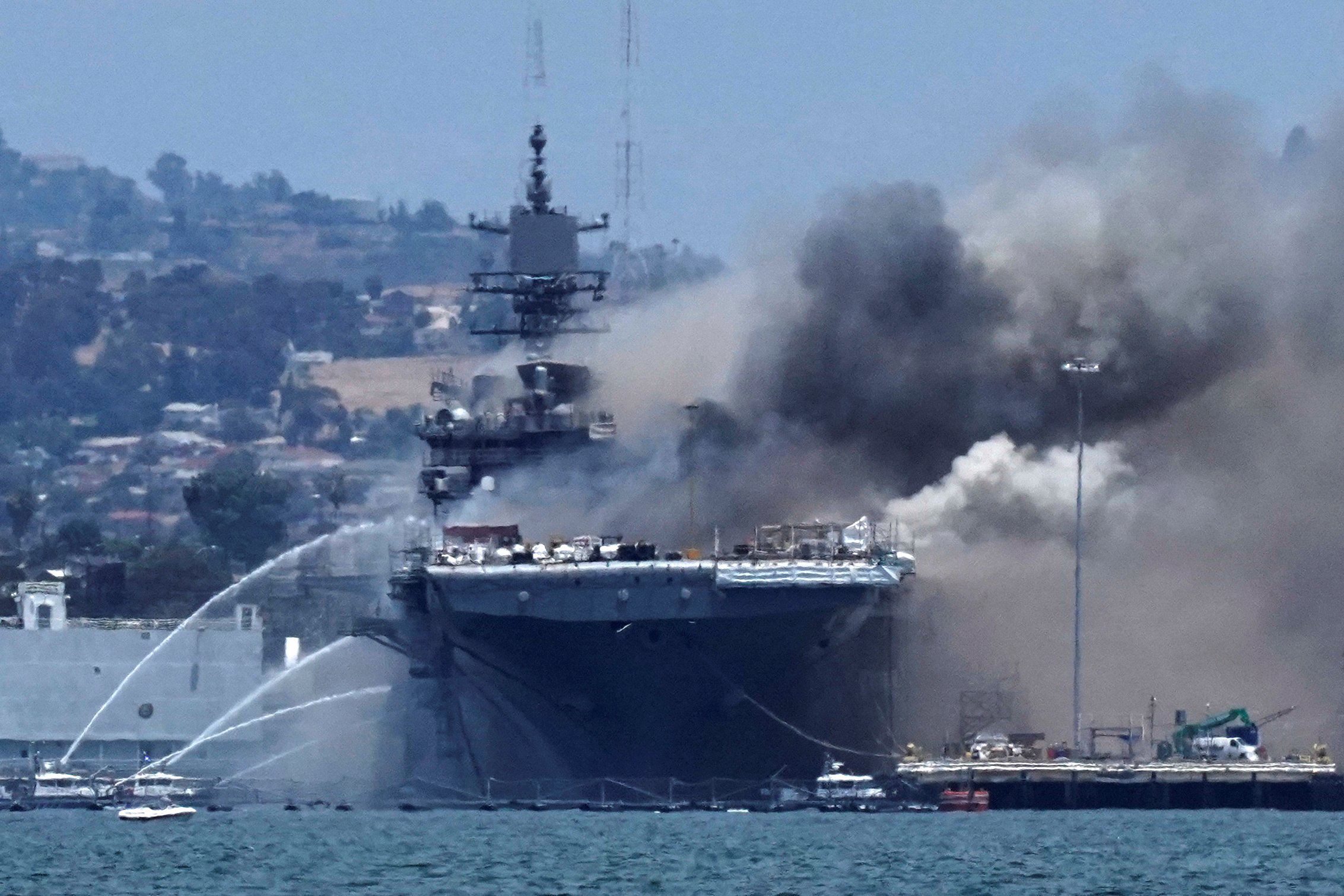 However, strong winds from the San Diego Bay whipped up the flames, which spread up the elevator shafts and exhaust stacks. Then it grew much bigger after two explosions, one of which was heard as far as 13 miles (21 kilometers) away. The fire billowed toxic smoke over San Diego, and officials advised residents to avoid exercising outside. Firefighters fought the fires within the ship, while firefighting ships with water cannons sprayed seawater into the ship and helicopters dropped water. Minor injuries, heat exhaustion, and smoke inhalation were handled by more than 60 servicemen and civilians.